The CertiLingua Label of Excellence 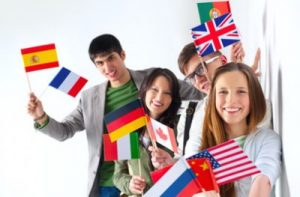 Economic globalization and continuing European integration require in a special measure the aptitude of young people to deal competently on a high level with the demands of linguistic and cultural diversity and to develop flexibility in their personal plans, further training and professional careers.
The CertiLingua Label of Excellence for Plurilingual, European and International competences guides students towards linguistic and cultural pluralism and simultaneously assists them to develop the mobility they will need in shaping their personal and professional lives and for their further education.

The excellence label is awarded to pupils in addition to their university entrance diplomas on the condition that they have written and oral command of at least two foreign languages on level B2 of the Common European Framework for Languages,that they have successfully used at least one of these languages as their learning and working language in one or more CLIL courses, and that they have given evidence of their knowledge about Europe and their intercultural ability to act by their participation in a European / international cooperation project

The CertiLingua Label of Excellence was initiated by North Rhine-Westphalia and the Netherlands, developed further with European partner countries and tested in a two year pilot phase, from 1st August 2007 till 31st July 2009. The first candidates were awarded the label in summer 2008. Meanwhile more than 300 schools throughout Europe are participating at CertiLingua.